It’s amazingly the 685th Lord Mayor’s show this Saturday 10th November in London, it’s survived the black death and the blitz and is still going strong in the 21st century. As you may have seen on here before we have made the last few Lord Mayor’s outfits and again are proud to have made for the soon to be Lord Mayor of London Alderman Roger Gifford. Escorting the Lord Mayor from Mansion House to the Royal Courts of Justice will be the Pikeman and Musketeers, the second oldest uniform to be worn only pipped by 14 years by the swiss guards of the vatican. Here is Pikeman sergeant Jackson’s uniform for Saturday with the lace attached. 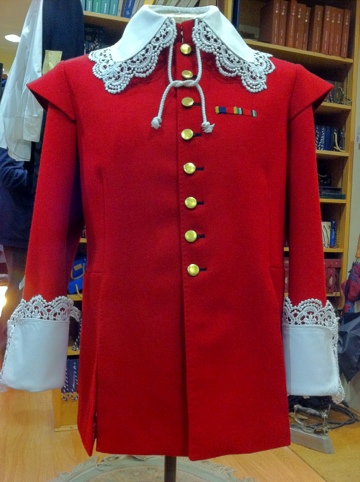